Feel the magic! As a thank you to HOTC volunteers and supporters, we will be giving away FOUR DISNEY PARK HOPPER PASSES. Each pass is good through February 28, 2022, and offers admission for one person at one or more parks on the same day: Magic Kingdom, Epcot, Hollywood Studios, and Animal Kingdom. There are several ways to enter:

Get up to three entries FREE. Do one or do all!

Basic Rules: Only submissions received by dates and options listed will qualify. Only one submission per person per entry type will be accepted. Entrants must be 18+ and a resident of Georgia to enter. HOTC reserves the right to change or cancel any part of this giveaway at any time for any reason. HOTC is not responsible for any errors, omissions, or issues associated with 3rd party and/or any online services or apps. One winner will be chosen and contacted by 11/1/2021. No cash value or substitute prize will be offered.

April is National Volunteer Month.  Join us for Thomas County’s very own Volunteer Week, April 20-27. Volunteer Week is a celebration of service and all the volunteers who help make good things happen in our community. During this annual event (always the week before Rose Festival), we’ll have select volunteer opportunities(of course!), volunteer “shout-outs”, and Appreciation Stations at select businesses around town. THANK YOU to all of our volunteers who make this such a great community to be a part of!

While you’re working up a hunger volunteering, be sure to stop by Jersey Mike’s, April 22-26 and take advantage of one of these great coupons (just click image to print or save flyer). Every time you redeem a coupon, $3 will be donated to HOTC!

Stay up-to-date for further opportunities, updates and “shout-outs” on our Daily Opportunities Calendar and Facebook page!

Scroll down the page to see
what’s happening throughout the week! 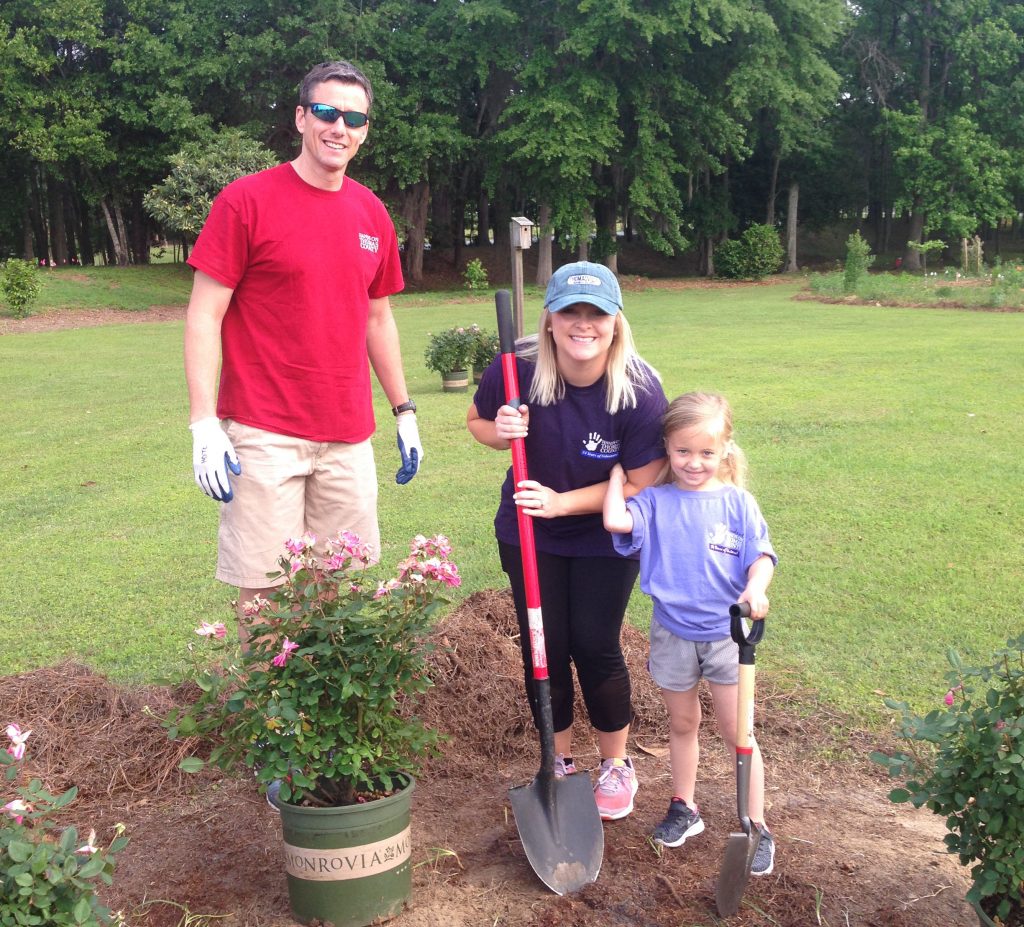 Beautify your community by helping plant rose bushes in honor of volunteer service. 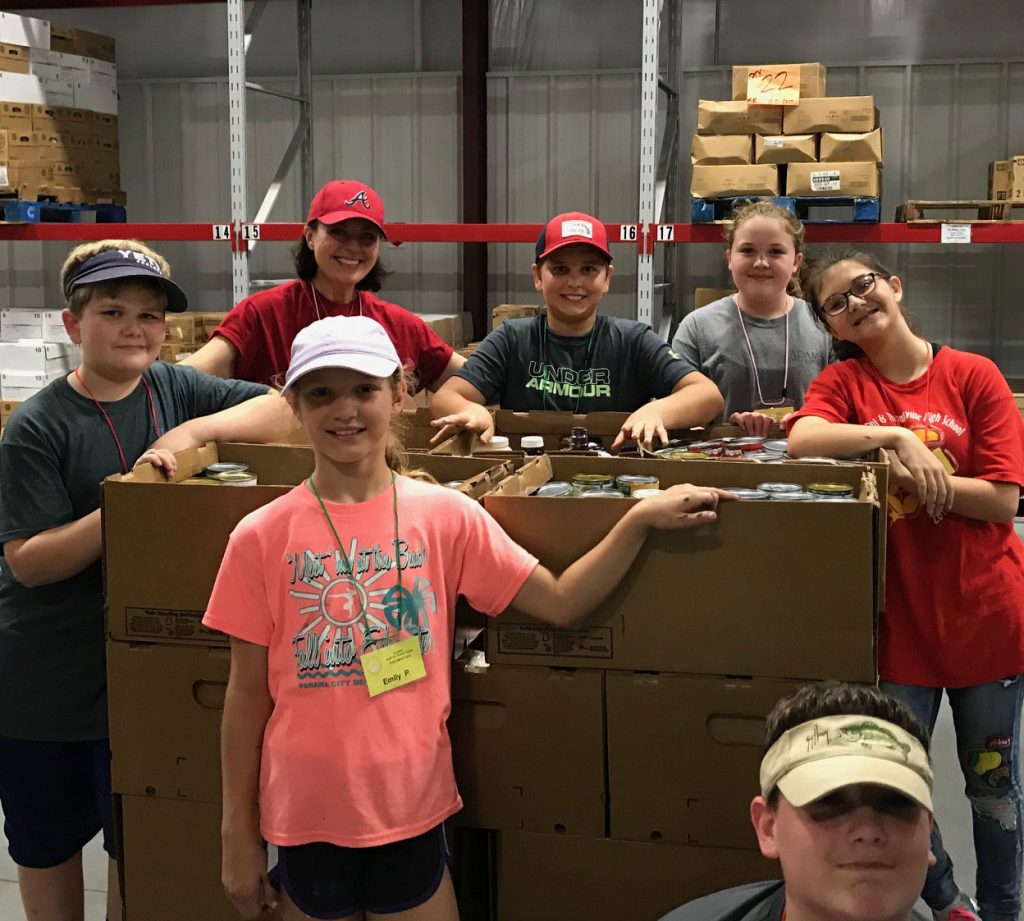 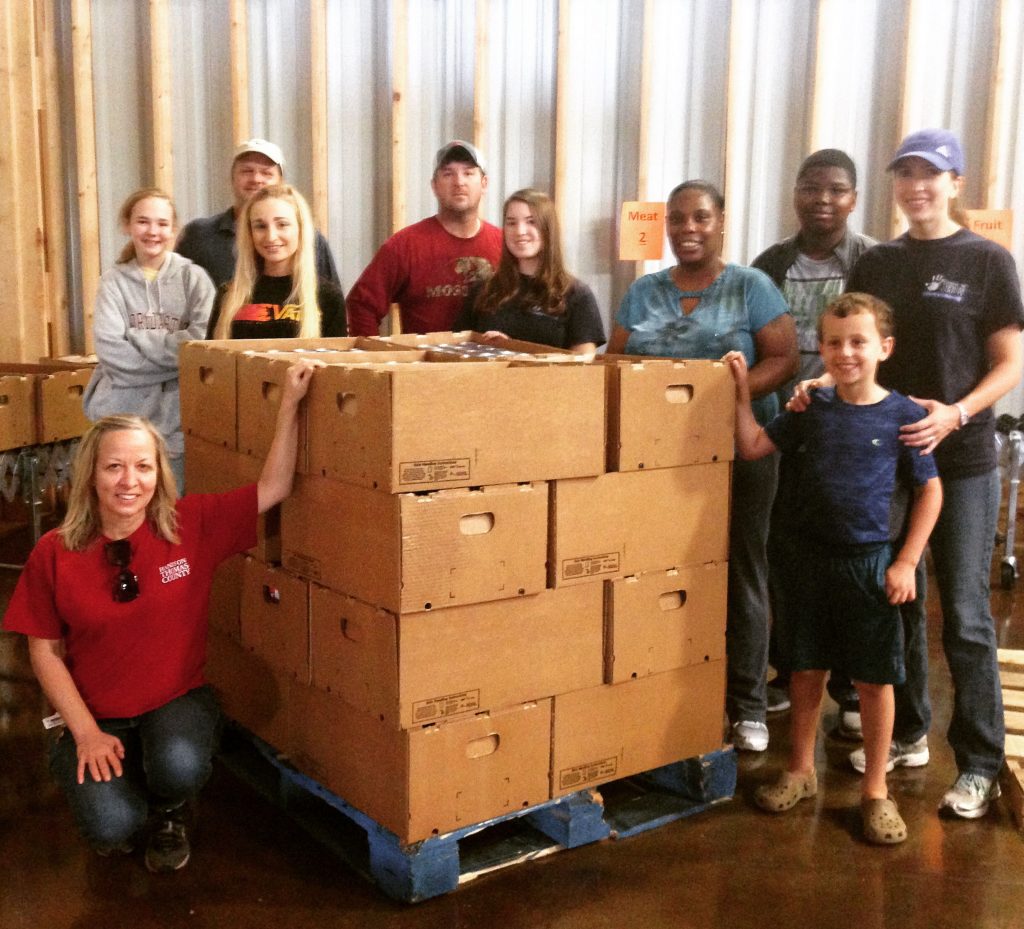 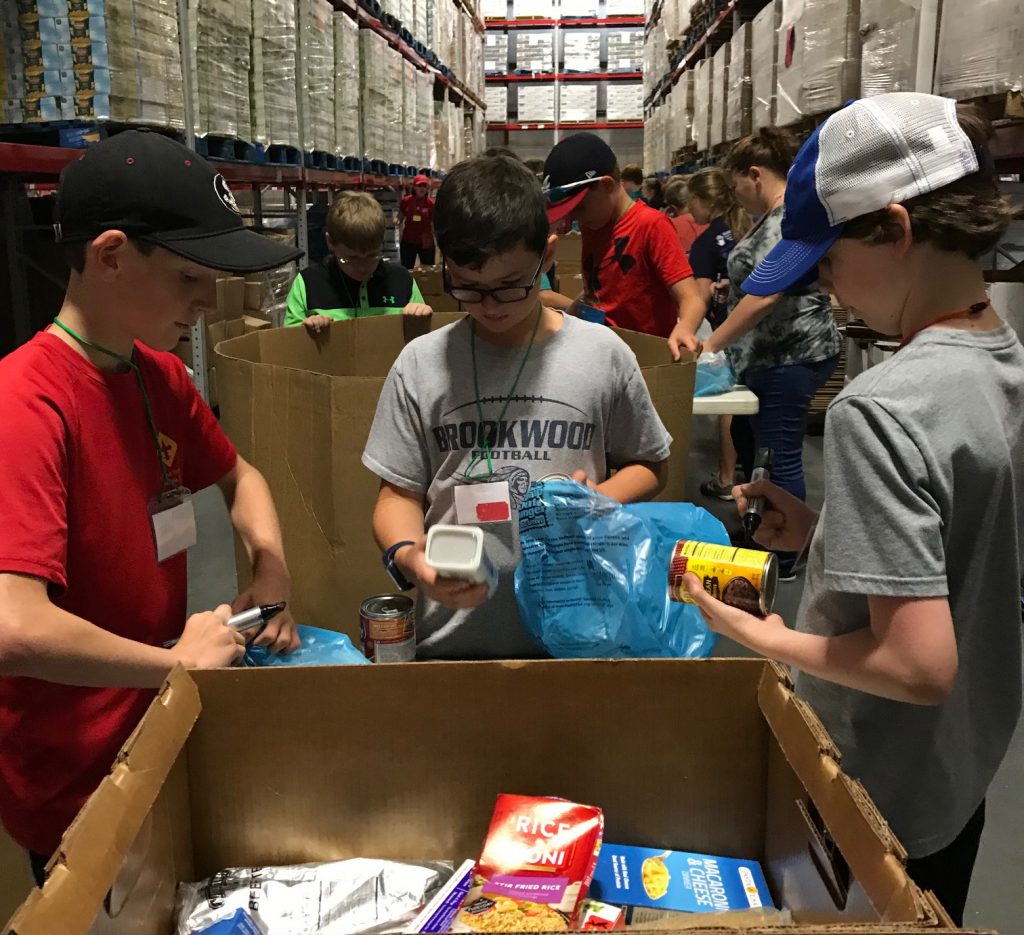 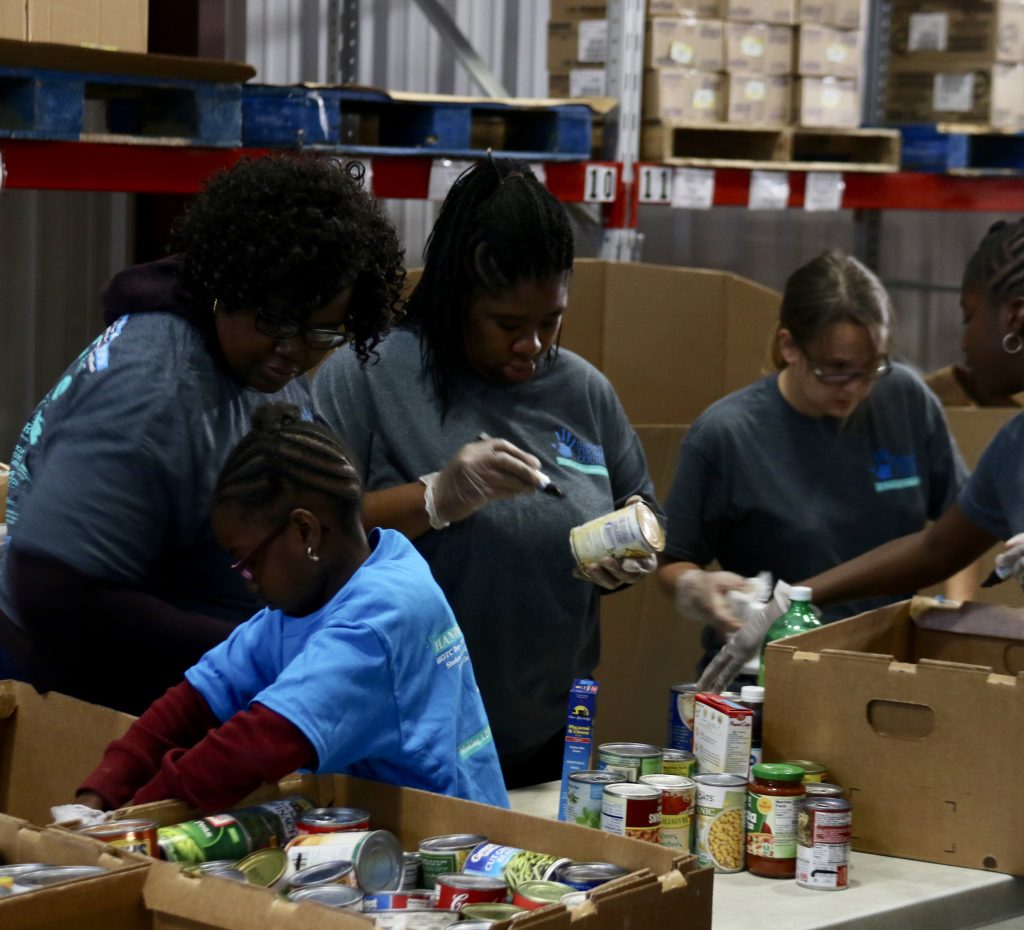 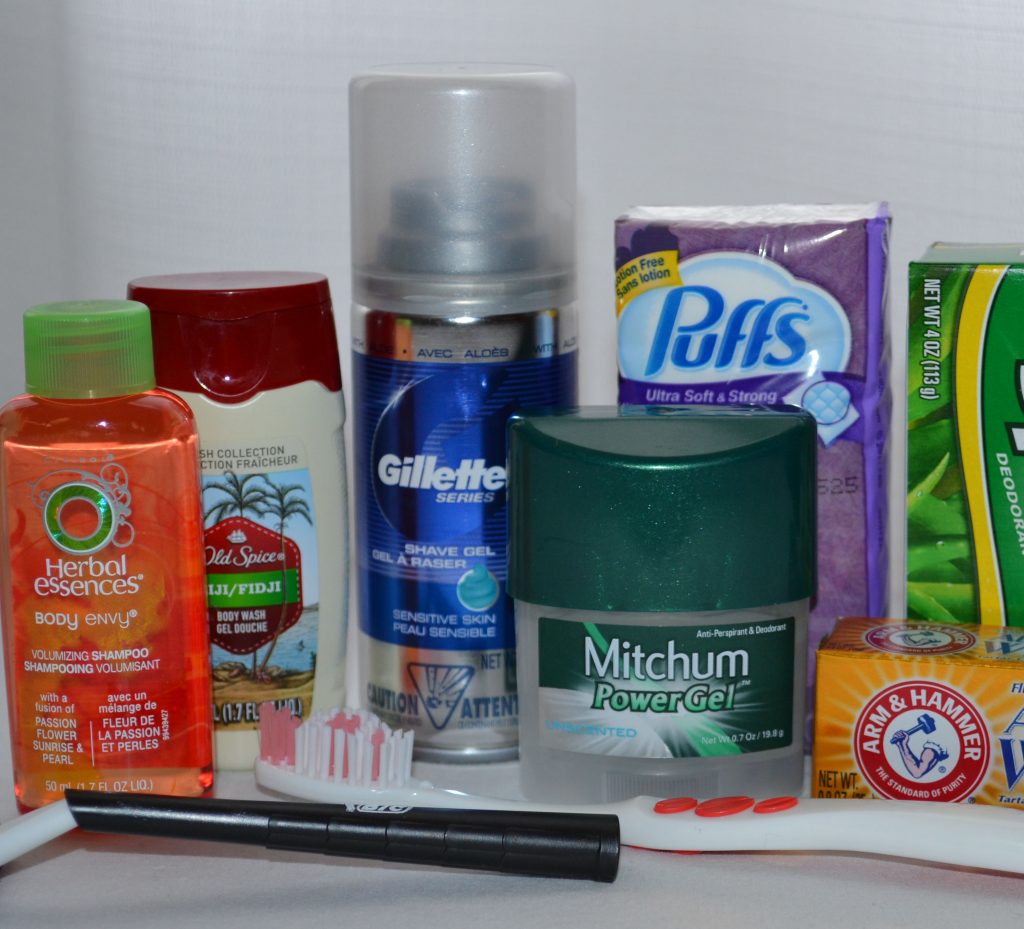 Donate travel-size toiletries for local relief agencies. Drop off at the HOTC office at 120 E. Monroe Street. Students can receive up to 3 service hours (10 items = 1 hour). Click for flyer.

Beautify your community! Need flexible service hours? This opportunity can be done just about anywhere at anytime.

Learn How To Help 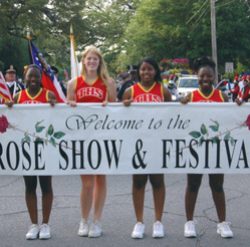 Help serve food and drink to talented and hard-working members of the marching bands after the Rose Parade.

Help with yard games and general assistance. Shifts are available. Call (229) 227-7020 for more information and to let them know you can help.

VISIT THESE APPRECIATION STATIONS! *You must stop by our office to pick up your card in order to receive discounts.

Get a free cup of coffee!

Get a free t-shirt!

Get $5 off any full service wash! 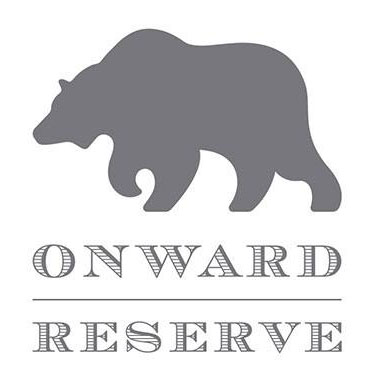 Get a free decal! 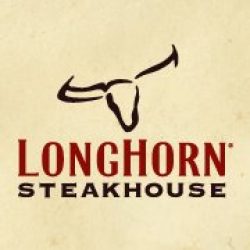 Get a free appetizer!

*While supplies last. Some restrictions may apply. Thank you to our generous partners!

Unable to volunteer with us during the week? Check out ourDaily Opportunities Calendarfor other opportunities, orcontact our office.

Give A Gift That Gives To All

community, and to contemplate ways we can improve our community, its people, and our quality of life. At Hands On Thomas County, we are thankful for you – our volunteers, sponsors, donors, and community partners –  for all you do to make a positive difference.

This past October saw another amazing HOTC Day  – our biggest ever – with 1551 volunteers, at 71  projects sites benefiting 38 local agencies – all devoted to the betterment of our community, and all taking place in just one morning of service. The overwhelming participation by people like you on HOTC Day, and throughout the year, is a true testament of what makes our community such a special place to be a part of. Over the past 14  years of service to our community, through annual volunteer events and on-going daily opportunities, HOTC has directly placed more than 26,000 who have donated nearly 215,000 hours of their time, energy and resources to community needs. That is a lot of good work for many a good cause!

Help us make every day an HOTC Day by making a tax-deductible, end-of-year gift to HOTC. If everyone who reads this gives just $10 or more in support of our volunteer services and programs, we can do even more, such as:

Any amount you are able to give will add up to make a positive impact, and your gift stays right here in our community helping your family, friends and neighbors.

Whether you give $10 or $10,000, know that by making an end-of-year gift to HOTC, you will make a difference to not just one cause, group or individual, but many, all right here in Thomas County.  On behalf of everyone at Hands On Thomas County, thank you for your support and generosity.

National Superhero Day will kick off a weekend of super causes as local cape maker, Everfan, partners with Hands On Thomas County and the Be Dave Brave foundation to highlight the heroic work of local citizens.

HOTC’s Hands On Heroes Award Winners, along with other heroes nominated throughout the community by people like you, will receive Superhero Recognition Bags on National Superhero Day, Thursday, April 28, complete with a custom cape, and prizes from local restaurants, salons, and other vendors, along with a ticket to the Superhero Bash.Proceeds from the Supehero Recognition Bags benefit Hands on Thomas County.

“Hands On Thomas County and Everfan found a natural partnership in our appreciation of everyday heroes – folks who make a difference, big and small, in other people’s lives and in their community. That’s the whole premise behind volunteering which is, of course, HOTC’s main focus,” says Angela Kiminas, Executive Director of Hands on Thomas County.

Superhero Recognition Bags are designed to be a small thank you to people who serve our community in big ways, but may go unnoticed. It’s also just a nice way to recognize people who make a difference in our everyday lives, and let them know how much they mean to us — whether it’s a volunteer, employee, boss, friend, or loved one. The deadline for purchasing bags is April 18.  The bags can be purchased for $20 from Everfan (229-234-1222). You can download an order form here.

“We had so much fun delivering bags last year and recognizing some of our unsung heroes that we decided to beef it up this year. We will have a superhero training course for kids, along with other superhero games and crafts,” says Scott Chastain, owner of Everfan.

A Superhero Bash will take place on Friday, April 29 from 6-9 pm at Studio 209. The event will include live music by Ozell Road, local BBQ by Bigun’s BBQ Boys, a Superhero training course, a DIY Cape Station, and much more. Proceeds from the Superhero Bash will go to the Be Dave Brave Foundation. $5.00 donations will be accepted at the door.

The Be Brave Dave Foundation will host a 5K/10K Superhero run on Saturday, April 30. The foundation was founded by April Waldron after her 31-year-old husband, David Waldron AKA Super Dave, died from brain cancer in 2014. The foundation’s mission is “to support individuals and families’ fight against brain cancer and other various cancers through promoting awareness, providing education, offering encouragement, and sharing laughter.”

“When faced with each new challenge, David showed great strength and bravery and wanted his journey to inspire and empower others,” Waldron says. “David used the phrase, ‘Can’t Stop, Won’t Stop,’ in one of his blogs. This phrase has continued to be an encouragement as we build our organization.”

To build on the success of last year’s 5K, the Be Dave Brave Foundation has added a 10K and 1 mile fun run. For more information, click here.

Hands On Thomas County is honored to be included in this partnership!

Summer is just around the corner, and for many of you it brings thoughts of “no school!”, summer camp, beach days and family outings. For HOTC, summer

signifies the end of our current fiscal year, and a time for budgeting and planning volunteer days, programs and events for the busy fall season to come.

As you make your summer plans, we ask you to consider making a Summer Gift donation to HOTC, in honor of our community’s youth, a part of those plans. Your donation will help us provide more youth volunteer services and programs in 2013-14 through Student Hands On Thomas County (SHOTC). To learn more about SHOTC, click here. 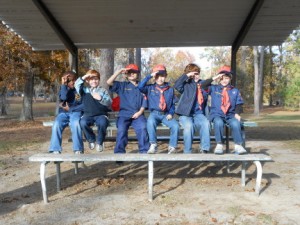 We have seen a significant increase in demand for youth volunteer opportunities. This year, more than half of our volunteers were under the age of 16. We are thrilled to see more youth volunteering to better the community! Youth who volunteer just one hour per week:

Help us put these future leaders and caretakers to good use in the community now through age-appropriate, meaningful and productive service opportunities. Make a Summer Gift donation of any amount online here.  Or you may mail a donation to:

Thank you for making a wise investment in the future of our community!

People have many different reasons for volunteering: Some need to fulfill service learning hours for school, some are looking for a way to make a positive difference, some are just looking for something new to do with thei

r free time. Even though volunteers have their own reasons for participating, the hope is they leave with the same sense of accomplishment, fulfillment and goodwill that is a result of directly serving others. One of the most impactful, and most requested, volunteer projects HOTC coordinates is the Manna Drop, a free food distribution to help feed our neighbors in need.

The call to action to fight hunger is not new. We have all heard the statistics, and they are startling. According to nokidhungry.org, “More than 700,000 children in Georgia are at risk of hunger.” But numbers don’t have faces. Numbers don’t have names, and most of us don’t consider that these numbers represent our very own neighbors. They do, and hunger is, unfortunately, an issue here in Thomas County.

In partnership with America’s Second Harvest of South Georgia, HOTC and local volunteers are working to address this problem in our community through Manna Drops. A single Manna Drop feeds approximately 600 people or 200 families right here in Thomas County. The people that Manna Drops feed have faces you recognize, the families have names you know.

Although the results of a Manna Drop are priceless, like many things, these necessary food distributions do come with a cost. A single Manna Drop can start at $500 per occurrence which is offset by donations. Our goal at HOTC is to provide as many Manna Drops as possible each year with the dual purpose, to not only address the issue of hunger, but to also offer volunteers, many of them kids just beginning to learn the value of community service, a meaningful way to give back.